The Benevolent and Protective Order of Elks is a nationwide organization whose membership over 13 decades has consisted of tens of millions of America’s finest citizens. We love our country and desire to preserve its cherished institutions, traditions, and values; respect our neighbors and constantly seek to promote their well-being; love and enjoy life and believe this enjoyment is increased by sharing it with family, friends, and all with whom we come in contact. For over 50 years, the Fullerton Elks have been helping local and national charities, as well as local schools and civic organizations. Men and women with similar views are encouraged to join us. We have excellent Banquet Facilities for all types of events. hilltopbanquetcenter.com Please keep us in mind.

Elks Lodge brings so much more to the community than just a building, club or pool. We are a place where neighbors come together, families share meals, and children grow up. Elks invest in their communities through programs that help children grow up healthy and drug-free, by undertaking projects that address unmet need, and by honoring the service and sacrifice of our veterans.

To inculcate the principles of Charity, Justice, Brotherly Love and Fidelity; to recognize a belief in God; to promote the welfare and enhance the happiness of its Members; to quicken the spirit of American patriotism; to cultivate good fellowship; to perpetuate itself as a fraternal organization, and to provide for its government, the Benevolent and Protective Order of Elks of the United States of America will serve the people and communities through benevolent programs, demonstrating that Elks Care and Elks Share. 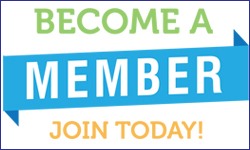 The Elks organization was founded in New York City on February 16, 1868 under the name “Jolly Corks” by 15 actors, entertainers and others associated with the theater. In ensuing years, membership expanded to other professions.

This Fraternal Order was founded “To promote and practice the four cardinal virtues of Charity, Justice, Brotherly Love and Fidelity; to promote the welfare and enhance the happiness of its members; to quicken the spirit of American Patriotism and cultivate good fellowship.”

Proposal for membership in the Order is only by invitation of a member in good standing. To be accepted as a member, one must be an American citizen, believe in God, be of good moral character and be at least 21 years old. Contact the Lodge for information or click on Become a Member link at top of page.

The youth of our country have always been important to the Order. It is for this reason the Elks Drug Awareness Education Program was launched to warn primary grade students and their parents of the dangers in drug use. Additionally, every lodge observes June 14th as Flag Day, a tradition which the Elks began in 1907 and was later adopted by the Congress as an official observance.